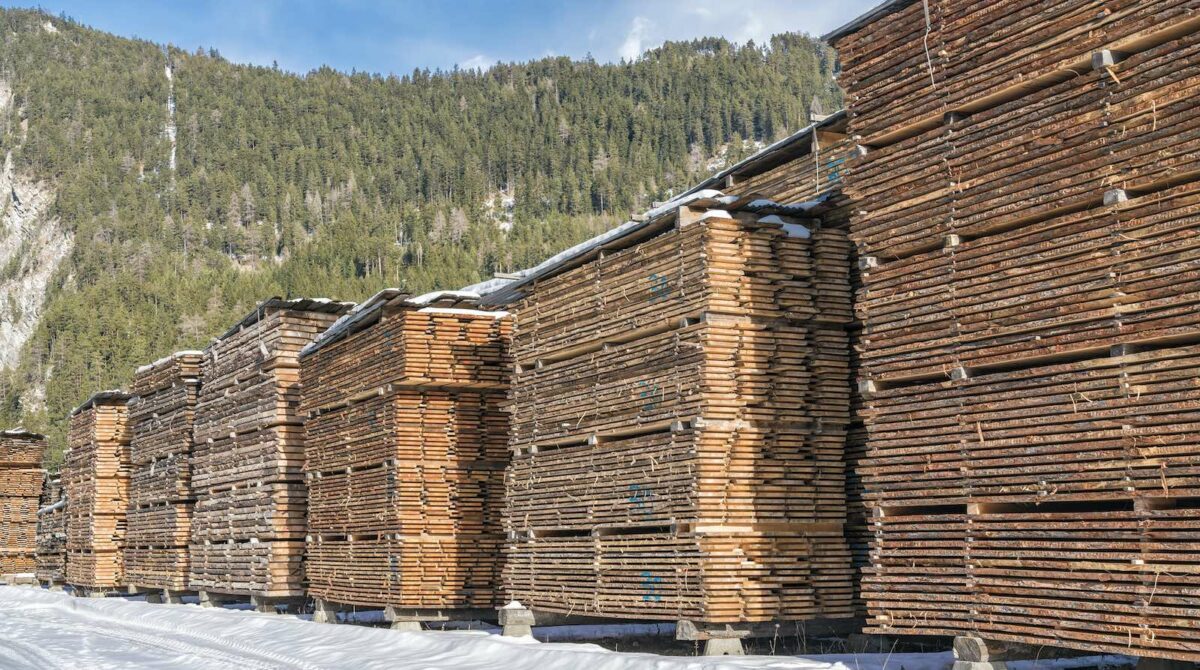 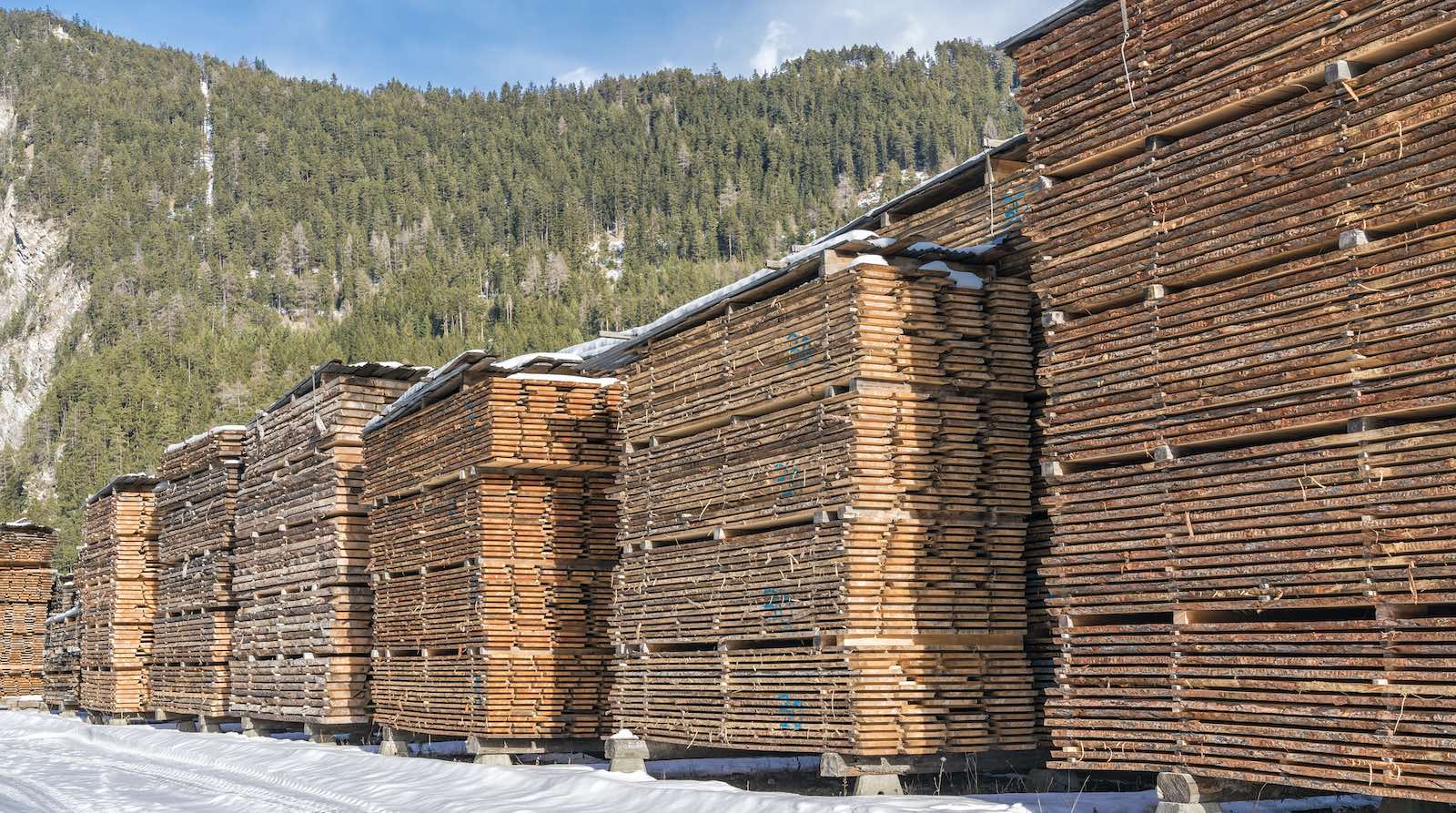 Climate change is getting harder and harder to ignore. Especially now that most industries are affected in one way or another. The construction industry has been particularly hard-hit since it requires large amounts of lumber in building projects.

Lumber as a resource was already in trouble, largely due to dwindling worldwide reserves and the lack of forest replenishment. Add climate change into the equation and lumber becomes an extremely vulnerable and increasingly scarce resource.

What Exactly is Happening to Affect Lumber Supplies?

As the planet slowly gets warmer, it throws everything out of kilter. Delicate ecosystems become imbalanced, which causes a multitude of issues. The warmer climate lengthens and shortens seasons which affects growth, while drought threatens to burn all the forests to the ground.

According to the US drought monitor, 90% of western US experienced moderate to severe drought. In 2021, 58,985 wildfires were recorded, burning a staggering 7.1 million acres. In Brazil, an eye-boggling 184,000 wildfires were recorded. Year on year, the number of fires recorded increases, which decimates the amount of lumber available to the construction industry.

The Proliferation of the Bark Beetle

Certain insects thrive in warmer conditions. N|ot all of them are good for the planet. A balanced ecosystem keeps insect numbers in check and ensures that one type of insect doesn’t take over. Warmer winters have allowed heat-loving bugs to multiply at dizzying rates.

The bark beetle is a particular problem. It lives and reproduces in live trees, killing them from the inside out. It is estimated that since 1997, bark beetles have destroyed over 5% of western US forest.

The mountain pine beetle, as its name suggests, exists in the pine forests of North America. It is particularly invasive. Since the 90s, this type of bark beetle has affected 18 million hectares of Canadian forests. This equates to 50% of the commercial pine available in British Columbia. As summers grow longer and winters stay warm, we can only expect this issue to worsen.

The frequency with which we experience extreme weather events is increasing. The severity of storms and hurricanes has a devastating effect on commercial forests. For example, damage to trees through trunk breakage and crown loss is common in extreme weather. Also, restricted forest access and access-road damage can hinder lumber harvesting.

Warmer weather has extended the tree growing season, so trees are growing larger in a shorter amount of time. While this seems like good news, there is a significant downside. Unfortunately, the accelerated growth results in weaker wood. Not only does this make the wood unsuitable for construction, but it also makes the trees far more vulnerable to storm damage.

What are the Knock-On Effects to the Consumer?

Forest devastation has a knock-on effect on the construction industry and the consumer. Two main issues plague construction. Cost and supply.

The Cost of Lumber

The result to the consumer is an $18,000+ increase in the cost of new houses. Part of the problem is the increase in demand for new construction houses. This puts pressure on supplies which pushes up the cost of lumber.

It should come as no surprise that stocks of lumber have been significantly affected. The increase in demand coupled with the number of available resources (affected by climate change) has led to worldwide shortages of lumber supplies.

To exacerbate this issue, large multi-national construction companies that realized this issue early on began buying up and hoarding lumber supplies as soon as they became available.

How Can We Overcome This Issue?

Unfortunately, the lumber crisis isn’t about to end anytime soon. As the effects of climate change worsen, we can expect the lumber shortages to increase. In the meantime, what can we do to overcome this problem?

Apart from taking steps to reduce your carbon footprint, it’s time to look at other plentiful materials to use in construction. There are plenty of options available and these could result in a better, sturdier, and more interesting result for your project:

Finally, you need to seriously consider whether or not you require new construction. Are there existing alternatives you can look at? While it’s nice to have a new, shiny home to move into, moving into an existing property could be cheaper (especially with the rising costs of lumber), quicker, and provide you with more value and character.

The lumber crisis was significantly affected by the pandemic, so as things return to normal, we should see a slight improvement in the supply and cost of lumber. However, climate change is going to get worse, so those improvements will be short-lived. All we can do is take steps to reduce climate change and, in the meantime, look to and make use of alternative building materials.